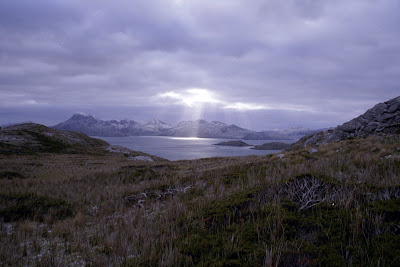 Chiloe
2nd The day was calm & we only reached the South extreme of Lemuy.*

* In Down House Notebook 1.8, CD wrote: 'I have mentioned having found at Lemuy an beach very much silicified wood — one piece pentrated by Teredo. Likewise I found many fragments on coast above Yal.[?] At last I found in the yellow sandstone a great trunk (structure beautifully clear) throwing off branches: main stem much thicker than my body & standing out from weathering 2 feet. — Central parts generally black & vascular, & structure not visible. — This tree coetaneous (near in position) with the shells of above: it is curious chemical action, such a sandstone in sea, holding such silex in solution: vessels transparent quartz. This observation most important, as proof of general facts of petrified wood. For here the inhabitants firmly believe the process is now going on.'

Captain Fitzroy’s Journal:
While standing towards distant mountainous land, about the latitude of 45°, we saw a comparatively low and level island;† considerably detached from those which seemed like Tierra del Fuego, being a range of irregular mountains and hills, forming apparently a continuous coast. This level island I have since ascertained to be that formerly called Nuestra Señora del Socorro, where Narborough anchored and landed, in 1670. It was selected in 1740, by Anson, as a rendezvous for his squadron; but no one seemed to know where to look for it: the Anna Pink having made the land in 45°.35′, and the unfortunate Wager in 47°, near Cape Tres Montes. Narborough mentions seeing 'an old Indian hut' on this island; and in a MS. journal, written by Moraleda‡ (now in my possession) it is said that the former natives of the Chonos used to make annual excursions to that as well as other outlying islands. After witnessing the distance to which savages venture in such frail canoes as those of Tierra del Fuego, it does not surprise one to find them going fifteen or twenty miles across an open space of sea in such large canoes as those of the Chonos Indians, which are indeed boats. Fuegian wigwams have been found upon Staten Land and upon Noir Island, each of which is as far from any neighbouring coast as Socorro is from the nearest shore.

While Narborough's ship was under sail, near Socorro, he went in his boat to the island which is nearest to it, by him named Narborough Island. There he landed, and took possession for his Majesty and his heirs.
Posted by Arborfield at 08:20