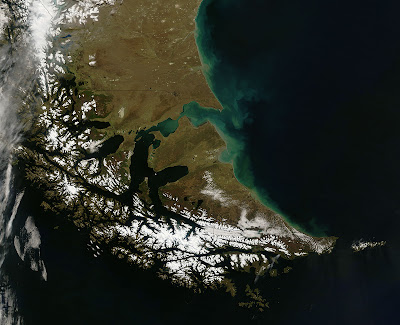 Maldonado
Have been employed in arranging & writing notes about all my treasures from Maldonado. The Captain informs me that he hopes next summer to double the Horn. My heart exults whenever I think of all the glorious prospects of the future.
Posted by Arborfield at 07:23 No comments:

Maldonado
Arrived safely on board with all my Menagerie; am become such a complete landsman, that I knock my head against the decks & feel the motion although in harbour.
Posted by Arborfield at 08:19 No comments: 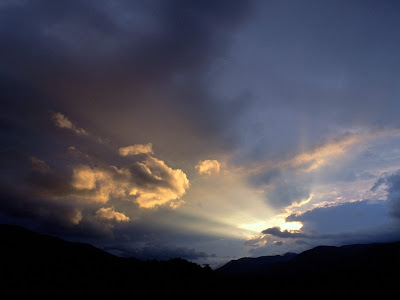 Captain Fitzroy’s Journal:
During June we remained in Maldonado, employed about the Adventure, and refitting as well as painting our own ship. Meanwhile Mr. Darwin was living on shore, sometimes at the village of Maldonado, sometimes making excursions into the country to a considerable distance; and my own time was fully occupied by calculations and chart-work, while the officers attended to heaving down the Adventure. This process, in a place partly exposed to south-west winds, was extremely tedious, and had it not been for the great advantages Maldonado and Gorriti offered in other respects, the situation might have been deemed exceedingly ill-chosen for such a purpose. Only when there was no swell could we haul her alongside and heave her down (an operation under any circumstances difficult, as she was one hundred and seventy tons in burthen, and we were but two hundred and thirty-five) and many days sometimes intervened on which no progress could be made.
.
Every morning, at dawn of day, Lieut. Sulivan and I used to watch the sky most anxiously, in order to know whether it would be worth while unmooring, and warping the vessels together, and as the indications we looked for never deceived us, I will here mention them. Though familiar to all who lead a country or seafaring life, and often rise before the sun, they may be of use to others, whose attention has not been drawn to 'weather wisdom.'
.
When the first streak of light appeared close to the horizon, and the sun's rising was preceded by a glow of faint red, not extending far, a fine day succeeded, whether the sky were then overcast or clear; but if the first gleam of light appeared high above the horizon, behind clouds, and there was much red, not only near the sun, but visible on clouds even near the zenith, wind, if not rain, was sure to follow. Between the extremes of course there may be many varieties of appearance as well as of succeeding weather; but as I have found such signs followed by similar weather, in most parts of the world, and as I have often profited by them, with reference to making or shortening sail, &c.; I do not like to pass over this occasion for a hint to the inexperienced. I have always found that a high dawn (explained above) and a very red sky, foretold wind—usually a gale; that a low dawn and pale sun-rise indicated fine weather; that the sun setting behind a bank of clouds, with a yellow look, was a sign of wind, if not rain, and that the sun setting in a clear horizon, glowing with red, was an unfailing indication of a coming fine day. I have already said (page 50), that hard-edged, oily-looking clouds, foretell, if they do not accompany wind, and that soft clouds—clouds which have a watery rather than an oily look—are signs of rain; and if ragged, or streaky, of wind also. Light foggy clouds, rising early, often called the 'pride of the morning,' are certain forerunners of a fine day.
Posted by Arborfield at 07:48 No comments: 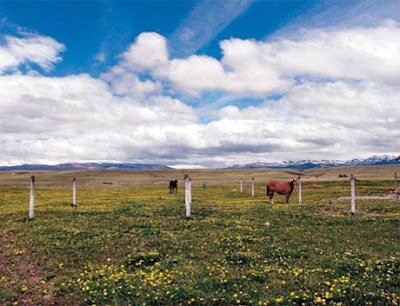 Maldonado
My only object is completing the collection of birds & animals; the regular routine is one day, shooting & picking up my mouse traps, the next preserving the animals which I take. On Saturday I rode some leagues into the Camp & had some excellent rifle shooting at deer; I killed three bucks out of one herd. My occupations are so very quiet, it gives me nothing more to say, than if I was living in an English village.
Posted by Arborfield at 07:16 No comments: 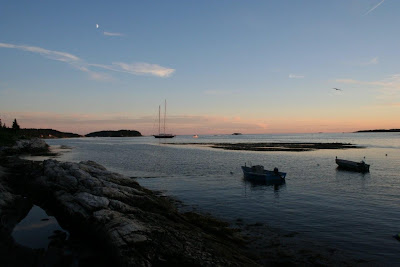 Maldonado
My time passes precisely in the same manner as the last 3 weeks. My collection of the birds & quadrupeds of this place is becoming very perfect. A few Reales has enlisted all the boys in the town in my service; & few days pass, in which they do not bring me some curious creature. The progress with the Schooner has hitherto been very slow; but if the present fine weather lasts, another week will complete the coppering. To day I returned from paying a visit to the vessel in order to see Mr Wickham after his return from the South. The Beagle is in such a state of bustle, that I am sure I am for the present in the best quarters.

Captain Fitzroy’s Journal:
The Constitucion anchored off the Negro on the 11 Jun, entered it next day, found the Paz and Liebre there… [The Consitucion] on the 17th sailed again. Six knots and a-half an hour was the most she could accomplish under any circumstances, yet her passages were very good, considering the distance.
Posted by Arborfield at 07:20 No comments:

Maldonado
A heavy gale of wind; I think I may make my mind up for a fortnight more at this place.
Posted by Arborfield at 07:10 No comments: 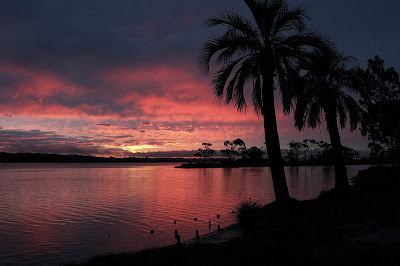 [Evening in Maldonado - Wikipedia]
Maldonado
The weather generally has been boisterous, so that very little work has been done with the Schooner as it is impossible to heave down to get to her bottom without quite calm weather. The delay is to me agreeable, although not serviceable, as there is not much more to be collected: Birds insects & reptiles have been my chief game.
Posted by Arborfield at 07:32 No comments: