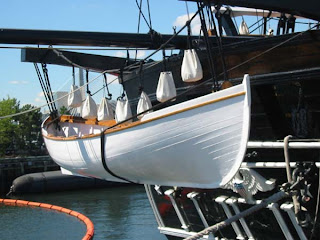 Rio de Janeiro
Worked in the morning at yesterdays produce, a forest is a gold mine to a Naturalist & yesterdays a very rich one. At one o’clock I went to the Admiral’s for a grand boat race. The first arriving of the launches, yawls, cutters & other large boats, was an imposing sight. It immediately made one understand how powerful a flotilla of such boats would be in war. The racing was rather too long; especially as the Beagle did not come off quite so triumphantly as might have been wished for. The evening passed away pleasantly, & by moonlight on the beach several foot races were got up between the officers & the crews of Captains gigs.
Posted by Arborfield at 06:28