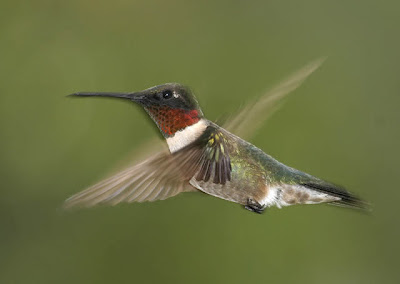 Rio de Janeiro
Started at ½ after six with Derbyshire for a very long walk to the Gavia. — This mountain stands near the sea, & is recognised at a great distance by its most singular form. — Like the generality of the hills, it is a precipitous rounded cone, but on the summit is a flat angular mass, whence it takes the name of "table" or topsail mountain. The narrow path wound round its Southern base; the morning was delightful; & the air most fragrant & cool. — I have no where seen liliaceous plants & those with large leaves in such luxuriant plenty; growing on the border of the clear shaded rivulets & as yet glittering with drops of dew, they invited the traveller to rest. — The ocean, blue from the reflected sky, was seen in glimpses through the forest. — Islands crowned with palms varied our horizon. — As we passed along, we were amused by watching the humming birds. — I counted four species — the smallest at but a short distance precisely resembles in its habits & appearance a Sphinx. — The wings moved so rapidly, that they were scarcely visible, & so remaining stationary the little bird darted its beak into the wild flowers, —making an extraordinary buzzing noise at the same time, with its wings. — Those that I have met with, frequent shaded & retired forests & may there be seen chasing away the rival butterfly. In vain we attempted to find any path to ascend the Gavia; this steep hill subtends to the coast at an angle of 42°. — We returned home; at our furthest point we had a good view of the coast for many miles. — It was skirted by a band of thick brushwood: behind which was a wide plane of marshes & lakes; which in places were so green, that they looked like meadows. —
Posted by Arborfield at 07:05