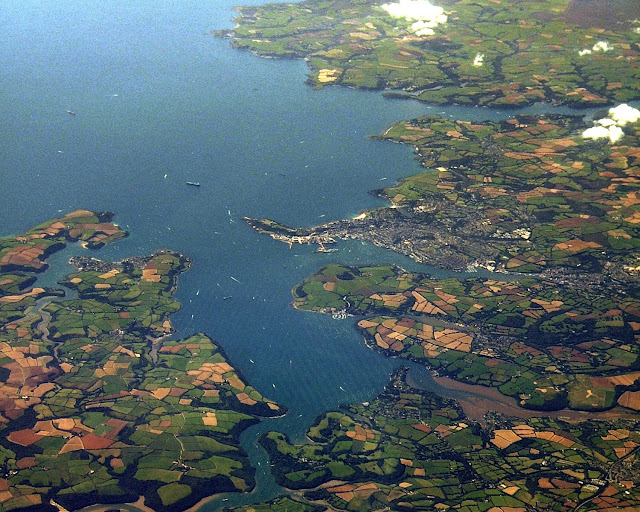 [Tonight... in 1838 of course, Darwin's journey is complete.  As you will see, he immediately leaves the Beagle and travels up to Shrewsbury; but I will continue following the Beagle until the records cease.  However, for us intrepid travellers, James Cook's Circumnavigation Journal may be followed each day -- click on the link on the top right of this page. We are just a month or so into our voyage with the Endeavour in 1768  It is interesting that is this penultimate diary entry, Darwin is thinking of... Captain James Cook!]

From seeing the present state, it is impossible not to look forward with high expectation to the future progress of nearly an entire hemisphere. The march of improvement, consequent on the introduction of Christianity through the South Sea, probably stands by itself on the records of the world. It is the more striking when we remember that but seventy years since, Cook, whose most excellent judgment none will dispute, could foresee no prospect of such change. Yet these changes have now been effected by the philanthropic spirit of the English nation.
In the same quarter of the globe Australia is rising, or indeed may be said to have risen, into a grand centre of civilization, which, at some not very remote period, will rule the empress of the Southern hemisphere. It is impossible for an Englishman to behold these distant colonies, without a high pride and satisfaction. To hoist the British flag seems to draw as a certain consequence wealth, prosperity and civilization.
In conclusion, — it appears to me that nothing can be more improving to a young naturalist, than a journey in distant countries. It both sharpens and partly also allays that want and craving, which as Sir J. Herschel remarks, a man experiences, although every corporeal sense is fully satisfied. The excitement from the novelty of objects, and the chance of success stimulates him on to activity. Moreover as a number of isolated facts soon become uninteresting, the habit of comparison leads to generalization; on the other hand, as the traveller stays but a short space of time in each place, his description must generally consist of mere sketches instead of detailed observation. Hence arises, as I have found to my cost, a constant tendency to fill up the wide gaps of knowledge by inaccurate & superficial hypotheses.
But I have too deeply enjoyed the voyage not to recommend to any naturalist to take all chances, and to start on travels by land if possible, if otherwise on a long voyage. He may feel assured he will meet with no difficulties or dangers (excepting in rare cases) nearly so bad as he before hand imagined. — In a moral point of view, the effect ought to be, to teach him good humoured patience, unselfishness, the habit of acting for himself, and of making the best of everything, or contentment: in short, he should partake of the characteristic qualities of the greater number of sailors. — Travelling ought also to teach him to distrust others; but at the same time he will discover how many truly good natured people there are, with whom he never before had, nor ever again will have any further communication, yet who are ready to offer him the most disinterested assistance.
Posted by Arborfield at 06:48