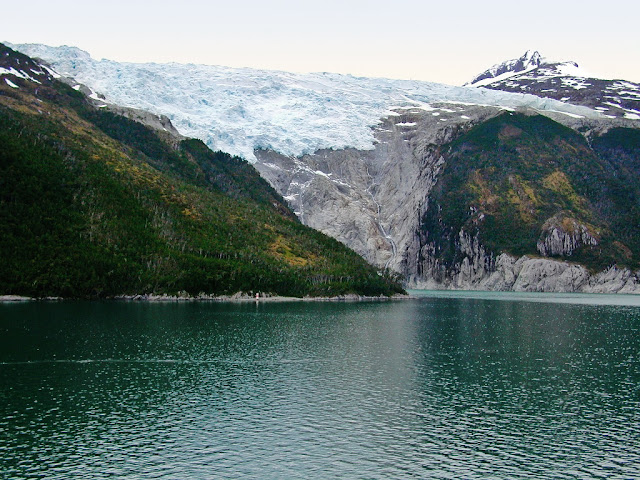 Azores to Falmouth
Amongst the other most remarkable spectacles, which we have beheld, may be ranked, — the stars of the Southern hemisphere, the water-spout — the glacier leading its blue stream of ice in a bold precipice overhanging the sea — a lagoon island, raised by the coral forming animalcule — an active volcano — the overwhelming effects of a violent earthquake. — These latter phenomena perhaps possess for me a higher interest, from their intimate connection with the geological structure of the world. The earthquake must however be to everyone a most impressive event; the solid earth, considered from our earliest childhood as the very type of solidity, has oscillated like a thin crust beneath our feet; and in seeing the most beautiful and laboured works of man in a moment overthrown, we feel the insignificance of his boasted power.
It has been said that the love of the chase is an inherent delight in man, — a relic of an instinctive passion. If so, I am sure the pleasure of living in the open air, with the sky for a roof, and the ground for a table, is part of the same feeling. It is the savage returning to his wild and native habits. I always look back to our boat cruizes & my land journeys, when through unfrequented countries, with a kind of extreme delight, which no scenes of civilization could create. I do not doubt every traveller must remember the glowing sense of happiness, from the simple consciousness of breathing in a foreign clime, where the civilized man has seldom or never trod.
There are several other sources of enjoyment in a long voyage, which are perhaps of a more reasonable nature. The map of the world ceases to be a blank; it becomes a picture full of the most varied and animated figures. Each part assumes its true dimensions: large continents are not looked at in the light of islands, or islands considered as mere specks, which in truth are larger than many kingdoms of Europe. Africa, or North & South America, are well-sounding names and easily pronounced, but it is not till having sailed for some weeks along small portions of their coasts, that one is thoroughly astonished.
Posted by Arborfield at 07:54