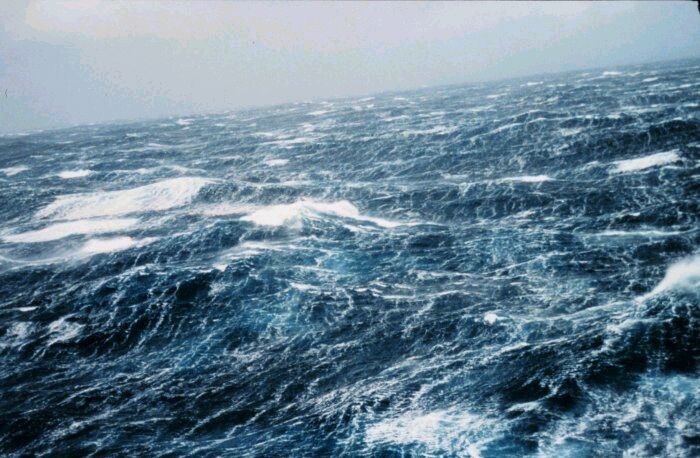 If a person suffers much from sea sickness, let him weigh it heavily in the balance: I speak from experience, it is no trifling evil cured in a week. If he takes pleasure in naval tactics, it will afford him full scope for his taste; but even the greater number of sailors, as it appears to me, have little real liking for the sea itself.  It must be borne in mind how large a proportion of the time during a long voyage is spent on the water, as compared to the days in harbour. And what are the boasted glories of the illimitable ocean? A tedious waste, a desert of water as the Arabian calls it. No doubt there are some delightful scenes; a moonlight night, with the clear heavens, the dark glittering sea, the white sails filled by the soft air of a gently blowing trade wind, a dead calm, the heaving surface polished like a mirror, and all quite still excepting the occasional flapping of the sails.

It is well once to behold a squall, with its rising arch, and coming fury, or the heavy gale and mountainous waves. I confess however my imagination had painted something more grand, more terrific in the full grown storm. It is a finer sight on the canvass of Vandervelde, and infinitely finer when beheld on shore, when the waving trees, the wild flight of the birds, the dark shadows & bright lights, the rushing torrents all proclaim the strife of the unloosed elements. At sea, the albatross and petrel fly as if the storm was their proper sphere, the water rises and sinks as if performing its usual task, the ship alone and its inhabitants seem the object of wrath. On a forlorn & weather-beaten coast the scene is indeed different, but the feelings partake more of horror than of wild delight.
Posted by Arborfield at 07:17