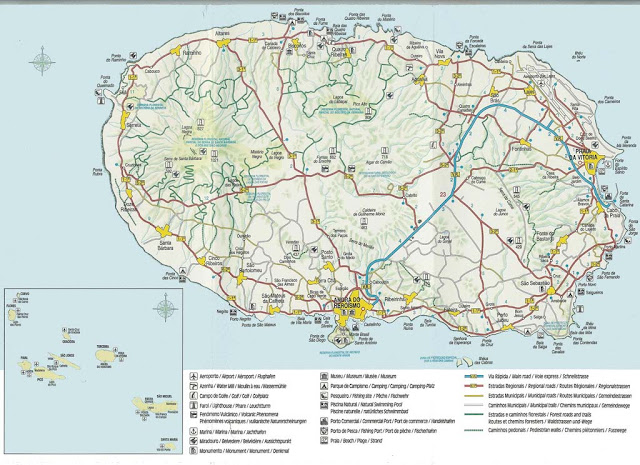 In the morning we were off the East end of the Island of Terceira, and a little after noon reached the town of Angra. The island is moderately lofty & has a rounded outline with detached conical hills evidently of volcanic origin. The land is well cultivated, & is divided into a multitude of rectangular fields by stone walls, extending from the water's edge to high upon the central hills. There are few or no trees, & the yellow stubble land at this time of year gives a burnt up and unpleasant character to the scenery. Small hamlets & single white-washed houses are scattered in all parts. In the evening a party went on shore; — We found the city a very clean & tidy little place, containing about 10,000 inhabitants, which includes nearly the fourth part of the total number on the island. There are no good shops, & little signs of activity, excepting the intolerable creaking of an occasional bullock waggon. The churches are very respectable, & there were formerly a good many convents: but Dom Pedro destroyed several; he levelled three nunneries to the ground, & gave permission to the nuns to marry, which, excepting by some of the very old ones, was gladly received. — Angra was formerly the capital of the whole archipelago, but it has now only one division of the islands under its government, and its glory has departed. The city is defended by a strong castle & line of batteries which encircle the base of Mount Brazil, an extinct volcano with sloping sides, which overlooks the town. — Terceira was the first place that received Dom Pedro, & from this beginning he conquered the other islands & finally Portugal. A loan was scraped together in this one island of no less than 400,000 dollars, of which sum not one farthing has ever been paid to these first supporters of the present right royal & honourable family.
Syms Covington Journal

Anchored in the Roads of Angra, at the island of Terceira, subject to the Portuguese. This island is not so high as the latter, but IS thickly populated, and all parts of the island seen from the ship were cultivated. fruits and vegetables are very cheap. The Road is open for shipping, AND pretty well fortified.
Posted by Arborfield at 08:03