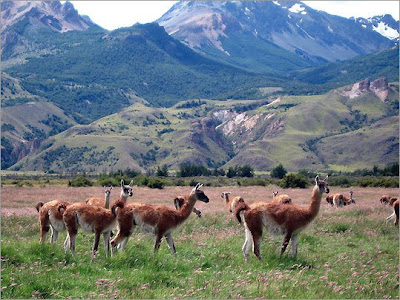 R. Santa Cruz
Slept at the place where the water nearly ceases to be fresh. A tent & party was left to try to shoot some Guanaco.

Captain Fitzroy’s Journal:
We reached the salt water. Although we made such quick progress in returning, our halts for observations were similar to those made in going. While descending the rapid stream, so quickly and quietly, we saw many more guanacoes and ostriches than we had seen before; but our flying shots only frightened them, and time was too precious to admit of any delay. Only one fish was got, and that was a dead one, which had been left on the bank: it was similar to a trout. Not more than half a dozen live fish were seen, and none could be caught either with hooks or nets.
Posted by Arborfield at 07:16