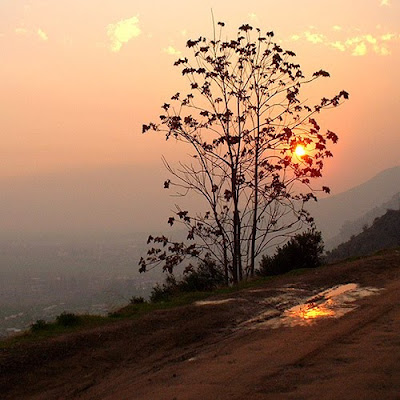 Quilimar to Conchalee
The Country becomes more & more barren; the valleys have so little water that there is scarcely any irrigation; of course the intermediate country is quite useless & will not even support goats. — In the Spring after the winter rains there is a rapid growth of thin pasture & cattle are then brought down from the Cordilleras to graze. It is rather curious the manner in which the Vegetation knows how much rain to expect; one shower at Copiapo produces an equal effect with a couple at Guasco & 3 or 4 at Coquimbo, whilst at Valparaiso torrents of rain fall. Travelling North from the latter place, the quantity does not decrease in a regular proportion to the distances. At Conchalee which is not half-way between Valparaiso & Coquimbo (being only 67 miles to the North of the former) they do not expect rain till end of May, whereas at Valparaiso generally early in April; the quantity likewise which falls is proportionally small to the later time it comes.

I heard of the Beagle surveying all these ports; all the inhabitants were convinced she was a Smuggler, they complained of the entire want of confidence the Captain showed in not coming to any terms; each man thought his neighbour was in the secret — I had even difficulty in undeceiving them. — By the way, this anecdote about the smuggling shows how little even the upper classes in these countries understand the wide distinction of manners. A person who could possibly mistake Capt. FitzRoy for a smuggler, would never perceive any difference between a Lord Chesterfield & his valet.