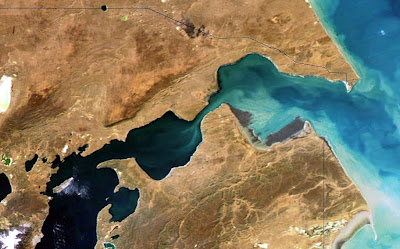 Port Famine
We weighed very early in the morning: The Captain intended to leave the St.s of Magellan by the Magdalen channel, which has only lately been discovered & very seldom travelled by Ships. The wind was fair, but the atmosphere very thick, so that we missed much very curious scenery. The dark ragged clouds were rapidly driven over the mountains, nearly to their base; the glimpses which we had caught through the dusky mass were highly interesting; jagged points, cones of snow, blue glaciers, strong outlines marked on a lurid sky, were seen at different distances & heights. — In the midst of such scenery, we anchored at C. Turn, close to Mount Saimiento, which was then hidden in the clouds. At the base of the lofty & almost perpendicular sides of our little cove there was one deserted wigwam, and it alone reminded us that man sometimes wandered amongst these desolate regions; imagination could scarcely paint a scene where he seemed to have less claims or less authority; the inanimate works of nature here alone reign with overpowering force. —
Posted by Arborfield at 06:44