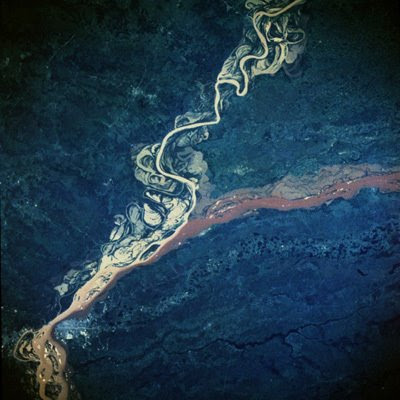 St Fe
Crossed the Parana to St Fe Bajada, or as it is now called Parana, the capital of Entre Rios. The passage took up four hours; winding about the different branches. which are all deep & rapid; we crossed the main arm & arrived at the Port. The town is more than a mile from the river; it was placed there formerly so as not to be exposed so much to the attacks of the Paraguay Indians. I had a letter of introduction to an old Catalonian, who treated me with the most uncommon hospitality. My original intention had been to cross the province of Entre Rios & return by the Banda Oriental to B. Ayres. Not being quite well and thinking that the Beagle would sail long before she eventually did, I gave up this plan, & determined to return immediately to B. Ayres. I was unable to hire a boat so took a passage in a Balandra.
Posted by Arborfield at 08:11