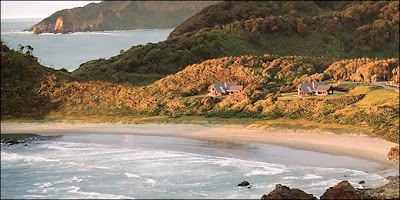 R. Santa Cruz
I took some long walks; collecting for the last time on the sterile plains of this Eastern side of S. America. The Sportsman have altogether been very lucky; Ten guanaco have been killed & eaten; several Condors & a large wild Cat have been killed, & Mr Stuart shot a very large Puma.

Captain Fitzroy’s Journal:
The boats, and shooting party, arrived with water and two guanacoes. As the sportsmen were returning with their burthens on the preceding evening, darkness overtook them while yet distant from their tent; and they were soon made uncomfortably conscious that an enemy was at hand, for the strong and peculiar smell of a lion warned them that one was near. They trudged on with their cargoes, talking to one another; but the scent was still strong until they approached the fire, which had been kept up by their companion, when it ceased entirely. Such a weight as a lion's, added suddenly to that of a guanaco, would have been rather distressing.
Posted by Arborfield at 08:29

Wow, This is a great job. Thanks