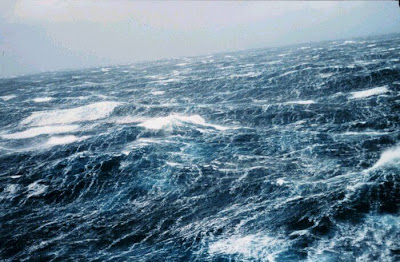 Captain Fitzroy’s Journal
On the 16th of December indications of a westerly wind appeared; and for the next three days we were buffeted by a hard gale from south-west to south-east. This was the more annoying on account of the chronometer measurement, because it was accompanied by a sudden change of temperature, which I thought would alter their rates. During the twenty-four hours previous to this southerly gale commencing, we found the current setting northward, about a mile an hour; but after the hardest part of the gale was over, it set to the south-west, at about the same rate.

Both before and during these three days, I was struck by the precise similarity of the clouds, sky, peculiarities of wind, and weather, to what we had been accustomed to meet with off the coast of Patagonia: and I may here remark that, throughout the southern hemisphere, the weather, and the turn or succession of winds, as well as their nature and prognostications, are remarkably uniform.
Posted by Arborfield at 11:24