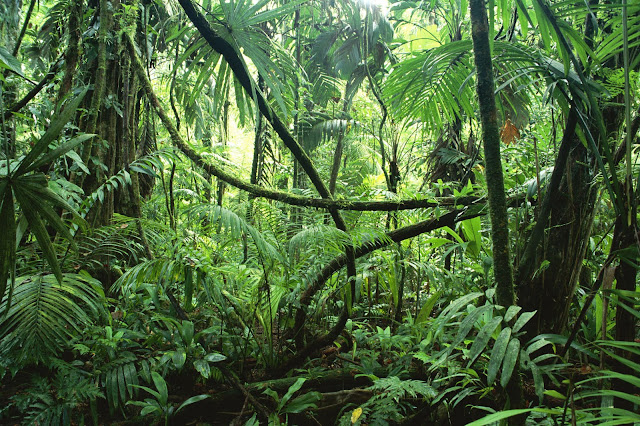 Learned naturalists describe these scenes of the Tropics by naming a multitude of objects & mentioning some characteristic feature of each. To a learned traveller, this possibly may communicate some definite ideas; but who else from seeing a plant in an herbarium can imagine its appearance when growing in its native soil? Who, from seeing choice plants in a hot house, can multiply some into the dimensions of forest trees, or crowd others into an entangled mass? Who, when examining in a cabinet the gay butterflies, or singular Cicadas, will associate with these objects the ceaseless harsh music of the latter, or the lazy flight of the former — the sure accompaniments of the still glowing noon day of the Tropics — It is at these times, when the sun has attained its greatest height, that such views should be beheld.
Posted by Arborfield at 07:53