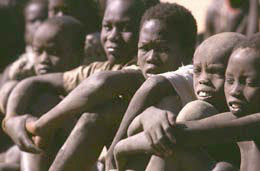 Rio de Janeiro
We were obliged to have a black man to clear the way with a sword; the woods in this neighbourhead contain several forms of vegetation which I had not before seen — some species of most elegant tree ferns — a grass like the Papyrus; and the Bamboo, the circumference of the stems were 12 inches.
On arriving at the estate, there was a most violent & disagreeable quarrel between Mr Lennon and his agent, which quite prevented us from wishing to remain there. This Fazenda is the most interior piece of cleared ground, until you pass the mountains, its length is 2½ miles, Mr Lennon is not sure how many broad. It may be guessed what a state the country must be in when I believe every furlong of this might be cultivated.
In the evening it rained very hard, I suffered from the cold, although the thermometer was 75°. During Mr Lennons quarrel with his agent, he threatened to sell at the public auction an illegitimate mulatto child to whom Mr Cowper was much attached: also he nearly put into execution taking all the women & children from their husbands and selling them separately at the market at Rio. Can two more horrible & flagrant instances be imagined? And yet I will pledge myself that in humanity and good feeling Mr Lennon is above the common run of men. How strange and inexplicable is the effect of habit & interest! Against such facts how weak are the arguments of those who maintain that slavery is a tolerable evil!
Posted by Arborfield at 07:41