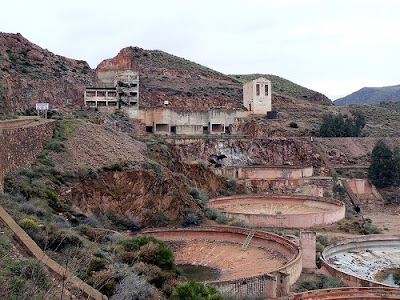 Las Minas again
Returned by a route rather different, & slept at a house, 4 leagues from Las Minas. Yesterday's rain had so filled the rivers, that they were difficult to be crossed. This is a great disadvantage in a semi-civilized country that travelling is quite dependant on the weather. We again passed through Las Minas, & then proceeded across some low wild mountains to a very hospitable house. The formation is all Slate & a few years ago a gold mine was discovered & here worked; but very small quantities having been procured, the mine works have ceased. I believe this & its neighbourhead is the only place where gold has been found in the Banda Oriental.
Captain Fitzroy’s Journal:
On the 17th, having engaged men and purchased plank, copper, provisions and other necessaries, we sailed from Monte Video, and next morning anchored in Maldonado. As soon as a part of our cargo was landed — all that was then wanted by the working party on Gorriti, under Mr. Chaffers — we proceeded up the river to fill water, anchored again off Monte Video for a short time, and returned to our future consort at Gorriti.
Posted by Arborfield at 07:26