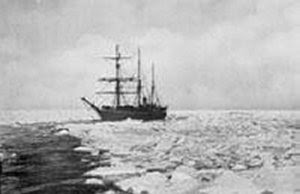 Maldonado
Captain FitzRoy hired a small Schooner to go to the Rio Negro to bring Mr Wickham in order that he might take command of our Schooner. She arrived yesterday, & to day Mr King, who came with Mr Wickham paid me a visit. They are heartily tired of their little vessels & are again as glad to see the Beagle as every one in her is to see them. The weather has generally been very fine; but the gale of the 12th of Jany reached them. It appears however to have been miserable work & more than sufficiently dangerous: from the smallness of the vessels, it was scarcely possible to keep anything dry. To possess a dry shirt or bed was an unusual luxury. In addition to these discomforts, Mr Wickham & some of the others constantly suffered from sea-sickness. Mr Stokes & Mr Usborne (who has taken Mr Wickhams place) will continue to work in the neighbourhead of the Rio Negro.

Captain Fitzroy’s Journal:
Hove the schooner 'keel out,' for a few hours, and righted her again at dark. While standing on her keel, examining the state of her copper and planking, I saw a sail in the offing, which was soon made out to be the Constitucion, and just after we righted the schooner Lieut. Wickham came alongside. He brought good tidings — without drawback — and those who know what it is to feel anxiety for the safety of friends whose lives are risked by their willingness to follow up the plans of their commanding officer — however critical those plans may be — will understand my sensations that night.
Posted by Arborfield at 07:13