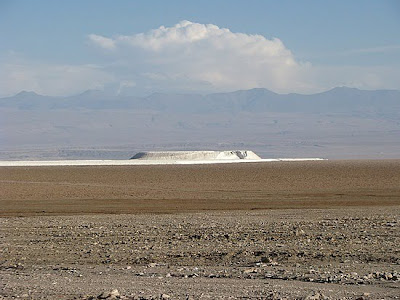 Carizal to Sauce
Continued to ride over a desert plain tenanted by some large herds of Guanaco. — This plain is crossed by the valley of Chañeral, the most fertile one between Guasco & Coquimbo. — it is however very narrow & although green produces very little. — Pasture for animals at this time of year could not be procured. — At Sauce we found a civil old gentleman superintending a Copper-smelting furnace. — as an especial favor he allowed me to purchase ata high price an armfull of dirty straw, which was all the poor horses had for supper after their long days work. — There are very few smelting furnaces still employed in Chili; it is found more profitable to ship the ore to England, owing to the extreme scarcity of fire-wood & the loss of metal from the clumsy Chilian method of reduction.— The poor Chilenos think that England is quite dependant for her Copper to Chili; they will scarcely believe that all the quantity which is imported there must again be exported to other countries.

Captain Fitzroy’s Journal:
On the 4th, having hastily reconnoitred the coast nearly as far as Coquimbo, we ran into Herradura Cove, and moored ship securely. It was my intention to refit there thoroughly, and prepare the Beagle for receiving a large supply of stores and provisions at Valparaiso, which would enable her to run down the coast to the Galapagos, and thence cross the Pacific to Sydney in Australia. In Herradura she lay quietly close to the land until the 6th of June: and all her crew were encamped on shore near the ship, while she was thoroughly cleared out, re-stowed, and painted.

At Coquimbo (or Serena) we always met with a hearty welcome whenever duty required that we should go there, or when we went for our own amusement. The Yntendente, Yrrisarte, the kind-hearted Mr. Edwards and his family, and others, will not easily be forgotten by the Beagle's officers.

As another real benefactor to the public service, I may be allowed to mention Don Francisco Vascuñan, who lent me a vessel of thirty-five tons, called the Constitucion, to be employed in forwarding the survey. This craft was built in the River Maule, and bore a very high character as a sea boat. Lieutenant Sulivan, Mr. King, Mr. Stewart, and Mr. Forsyth volunteered to go in her; so giving them a boat's crew, a small boat, a native pilot with his balsa, and as good an outfit as my means would allow, I despatched this new tender to examine a portion of coast near Coquimbo, which the Beagle had not seen sufficiently, and directed Lieut. Sulivan, if he found the vessel efficient, to continue afterwards surveying along the coast of Chile, as far as Paposo, whence he was to repair to Callao.
Posted by Arborfield at 09:01