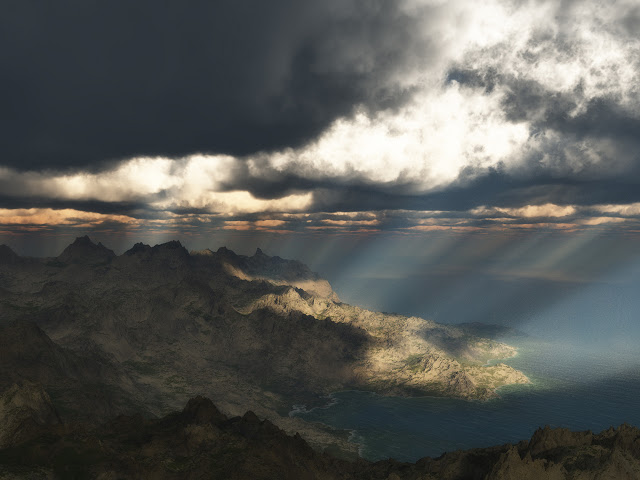 In the morning arrived off St Helena. This island, the forbidding aspect of which has been so often described, rises like a huge castle from the ocean. A great wall, built of successive streams of black lava, forms around its whole circuit, a bold coast. — Near to the town, as if in aid of the natural defence, small forts & guns are everywhere built up & mingled with the rugged rocks. The town extends up a flat & very narrow valley; the houses look respectable & from among them a few green trees arise. When approaching the anchorage, there is one striking view; an irregular castle perched on the summit of a lofty hill & surrounded by a few scattered fir trees, boldly projects against the sky. — It is called High Knoll hill.
Syms Covington Journal

On Friday, anchored at St. Helena, July 8th am, twenty days being rather a good passage in this part of year (distance from the Cape 1600 miles).
From the ship, St. Helena appears like a garrison on a large scale, viz. for wherever the eye is attracted it meets with a battery or multiples of guns, etc. The land, or Rock I should say, is very high, and most parts are inaccessible. It is very dark rock, and without herbage. At this time, the beginning of Winter, the climate is very pleasant, but on the mountains it is rather cold. It rains very frequently in the course of the day: showers, or a misty rain.
Posted by Arborfield at 07:42