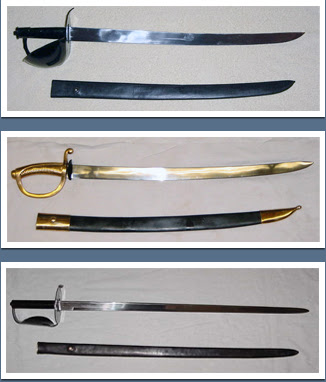 Montevideo
This has been an eventful day in the history of the Beagle. At 10 oclock in the morning the Minister for the present military government came on board & begged for assistance against a serious insurrection of some black troops. Cap FitzRoy immediately went to ashore to ascertain whether it was a party affair, or that the inhabitants were really in danger of having their houses ransacked. The head of the Police (Damas) has continued in power through both governments, & is considered as entirely neutral; being applied to, he gave it as his opinion that it would be doing a service to the state to land, our force.
Whilst this was going on ashore, the Americans landed their boats & occupied the Custom house. Immediately the Captain arrived at the mole, he made us the signal to hoist out & man our boats. In a very few minutes, the Yawl, Cutter, Whaleboat & Gig were ready with 52 men heavily armed with Muskets Cutlasses, & Pistols. After waiting some time on the pier Signor Dumas arrived & we marched to a central fort, the seat of Government. During this time the insurgents had planted artillery to command some of the streets, but otherwise remained quiet. They had previously broken open the Prison & armed the prisoners.
The chief cause of apprehension was owing to their being in possession of the citadel which contains all the ammunition. It is suspected that all this disturbance is owing to the manoeuvring of the former constitutional government. But the politicks of the place are quite unintelligible: it has always been said that the interests of the soldiers & the present government are identical, & now it would seem to be the reverse. Capt. FitzRoy would have nothing to do with all this: he would only remain to see that private property was not attacked.
If the National band were not rank cowards, they might at once seize the citadel & finish the business; instead of this, they prefer protecting themselves in a the fortress of St. Lucia. Whilst the different parties were trying to negotiate matters, we remained at our station & amused ourselves by cooking beef-steaks in the Court-yard.
At sunset the boats were sent on board & one returned with warm clothing for the men to bivouac during the night. As I had a bad headache, I also came & remained on board. The few left in the Ship, under the command of Mr Chaffers, have been the most busily engaged of the whole crew. They have triced up the Boarding netting, loaded & pointed the guns, & cleared for action. We are now at night in a high state of preparation so as to make the best defence possible, if the Beagle should be attacked. To obtain ammunition could be the only possible motive.
Posted by Arborfield at 21:03