Without Henslows there are no Darwins 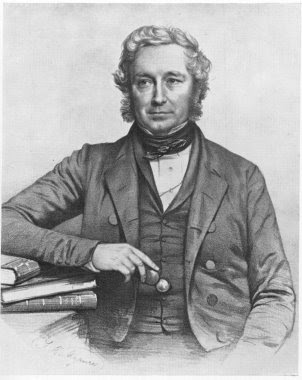 The second (and final) posting during the current hiatus... back to Darwin's Diary on the 22nd.
.
Ronald Blythe, author of 'Akenfield' writes:
THE SHARED WEB of experience forms a common blessing. A voice on the radio catches my full attention, for it is mentioning the glasshouses at Kew. Some folk take short breaks during winter in tropic lands afar.

Hearing this, I am back to weekends with a botanist friend in Cambridge, and he is lending me his privileged “Sunday key” to the Botanic Gardens just down the road, and soon I am wandering through those beloved 40 acres of plants, and, not much later, taking shelter from the famous February chill of Cambridge with the glasshouse collections.

Oh, that scented assault of warm air, as I take a single step from near zero into a rainforest, a sultry orchid kingdom, a damp paradise flourishing only a window-frame away from the fenny humours, as they were called in George Herbert’s day!

I think of the Revd John Henslow, who recreated the Cambridge Botanic Garden, and in a sense was guilty, if that is the word, of recreating or diverting Christian certainty. He was a scientist who became the Vicar of Hitcham, a run-down Suffolk village, where he infuriated the farmers by building a school and robbing them of child labour.

Not less upsetting was his instructing his parishioners about plants, and in 1854, as soon as the railway had been finished, putting all 287 of them on the train to show them his amazing Cambridge garden.

They arrived at Cambridge Station, then just four years old, and processed to the Hills Road gate, the one which I unlocked with the Sunday key, “and passed the spot where the greenhouses and stoves are being directed, to contain plants from hot countries”. And weaklings from chilly East Anglia.

Luxuriating in the humid atmosphere, I would praise Parson Henslow, and then recall his unwitting part in re-routeing, or in some cases destroying, belief. He was 63 when Charles Darwin published The Origin of Species. The two of them, the modest Professor Henslow and the undergraduate who was vaguely seeking ordination after being shocked and revolted by medicine, went on nature walks.

Not that Darwin was a problem to himself or to Cambridge, where he was blissfully happy, attending evensong at King’s College and shooting, and being taught natural history on the hoof, as it were, by Henslow. They looked at rocks in Wales, and wild flowers in the Cam meadows, and birds and fish in the marshes; and Darwin became known in Cambridge as “the man who walks with Henslow”.

Then came the Pauline change of direction. Henslow heard of a ship named The Beagle which required an unpaid naturalist for a voyage to survey South America. “I think you are the very man they are in search of,” said Henslow. Darwin went. He was 21.

Charles Darwin was a kind man. He withheld publishing The Origin of Species for as long as possible, because he knew it would upset people -- particularly his Christian wife. But by 1859, he knew others would publish the material unless he did. And so it was that a kind man became something of a monster to many.

Richard Dawkins and Charles Darwin on television. Dawkins’s evangelical atheism fills his face with a light similar to that of a saint; which will not please him. Darwin is beetle-browed, his eyes filled with the suffering caused by infant death, as one by one his beloved children slipped into what he believed was oblivion, and what Mrs Darwin believed was heaven.

In his Autobiography (1873), Darwin wrote of his old friend Henslow, “His judgment was excellent and his whole mind well-balanced, but I do not suppose that anyone would say that he possessed much original genius.” … as a recent Director of the Cambridge Botanic Garden rightly observed, “Without Henslows there are no Darwins.”

Ronald Blythe – Word from Wormingford
(From next month, I will be posting here some of Darwin’s letters to his friend and mentor John Henslow, the first written from the Falkland Islands in 1834).
---oOo---
Posted by Arborfield at 20:50