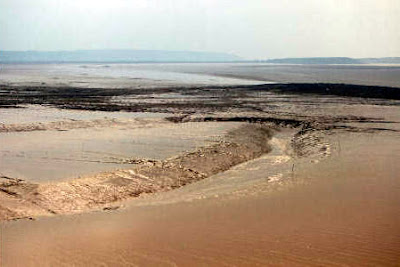 Bahia Blanca
Went out shooting with Mr Wickham with our rifles. To my great delight I succeeded in shooting a fine buck & doe. The Captains servant shot three more. We were obliged to send a boats crew to carry them to the shore. One of mine however was previously disposed of. I left it on the ground a substantial beast, but in the evening the Vultures & hawks had picked even the bones clean. In our walk I found also an Ostriches nest; it contained only one egg.
Captain Robert Fitzroy
Three months before our visit to Argentina, a number of Indians had been surprised and taken prisoners by Rodriguez; and among them was the famous old cacique, Toriano, whose mere name was a terror to the frontier settlers. The commandant attacked their 'tolderia' (encampment) just before sunrise—when the young men were absent on an expedition—and made prisoners of the old men, women, and children. Toriano was shot in cold blood; with another cacique, and several Indians of inferior note: and his head was afterwards cut off, and preserved for some time at the fort, in order to convince his adherents of his death. Toriano was a noble Araucanian, upwards of seventy years old when surprised asleep and taken prisoner by his merciless enemies. So high was his acknowledged character as a warrior, that his followers supposed him invincible; and until convinced by the melancholy spectacle seen by their spies, they would not believe him gone.
Perhaps it is not generally known, that many of the most desperate incursions upon the Buenos Ayrean colonists have been made by flying troops, or hordes of Indians, whose headquarters are in the Cordillera of the Andes, or even on the west coast, between Concepcion and Valdivia. Mounted upon excellent horses, and acquainted with every mile of the country, they think lightly of a predatory or hostile excursion against a place many hundred miles distant.
We returned to the Beagle without another delay among the mud-banks, and found the rising grounds (heights they could not be called), nearest the ship, occupied by the troop of gaucho soldiers. As they did not interfere with us, our surveying operations were begun, and carried on as usual. Mr. Darwin, and those who could be spared from duties afloat, roamed about the country; and a brisk trade was opened with the soldiers for ostriches and their eggs, for deer, cavies, and armadilloes.
Posted by Arborfield at 07:09