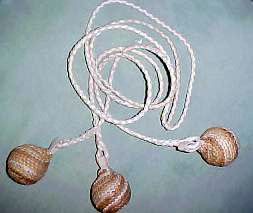 Bahia Blanca
We rode to the boat early in the morning; & with a fresh breeze arrived at the ship by the middle of the day. — It was then reported to the Captain that two men on horseback had been reconnoitring the ship. The Captain well knowing that so small a party of Spaniards would not venture so far, concluded they were Indians. — As we intended to wood & water near to that spot it was absolutely necessary for us to ascertain whether there was any camp there. — Accordingly three boats were manned & armed; before reaching the shore, we saw five men gallop along the hill & then halt. The Captain upon seeing this sent back the other two boats, wishing not to frighten them but to find out who they were. — When we came close, the men dismounted & approached the beach, we immediately then saw it was a party of cavalry from Baia Blanca. — After landing & conversing with them, they told us they had been sent down to look after the Indians; this to a certain degree was true, for we found marks of a fire; but their present purpose evidently was to watch us; this is the more probable as the officer of the party steadily kept out of sight, the Captain having taxed them with being so suspicious; which they denied. — The Gauchos were very civil & took us to the only spot where there was any chance of water. — It was interesting seeing these hardy people fully equipped for an expedition. — They sleep on the bare ground at all times & as they travel get their food; already they had killed a Puma or Lion; the tongue of which was the only part they kept; also an Ostrich, these they catch by two heavy balls, fastened to the ends of a long thong. — They showed us the manner of throwing it; holding one ball in their hands, by degrees they whirl the other round & round, & then with great force send them both revolving in the air towards any object. — Of course the instant it strikes an animals legs it fairly ties them together. — They gave us an Ostrich egg & before we left them, they found another nest or rather depositary in which were 24 of the great eggs. — It is an undoubted fact that many female Ostriches lay in the same spot, thus forming one of these collections.
Having given our friends some dollars, they left us in high good humour & assured us they would some day bring a live Lion. — We then returned on board. — During the last two days the Captain has formed a plan which will materially affect the rest of our voyage. — Mr Harris is connected with two small Schooners employed in sealing & now at Rio Negro. He & the other Captain is well acquainted with the adjoining coast. The Captain thought this so fine an opportunity that he has hired them both by the Month & intends sending officers in each who will survey this intricate coast whilst the Beagle (after returning to M Video) will proceed to the South. — By this means the time spent on the Eastern coast will be much shorter & this is hailed with joy by everybody. — Mr Harris will immediately go to Rio Negro to bring the vessels & soon after that we shall return to the Rio Plata.

Captain Robert Fitzroy
We were watched, though otherwise most hospitably treated; and when I proposed to return, next morning, to the boat, trifling excuses were made about the want of horses and fear of Indians arriving, by which I saw that the commandant wished to detain us, but was unwilling to do so forcibly; telling him, therefore, I should walk back, and setting out to do so, I elicited an order for horses, maugre the fears and advice of his major, who gave him all sorts of warnings about us. However, he sent an escort with us, and a troop of gaucho soldiers were that very morning posted upon the rising grounds nearest to the Beagle, to keep a watch on our movements.
We afterwards heard, that the old major's suspicions had been very much increased by Harris's explanation of Mr. Darwin's occupation. 'Un naturalista' was a term unheard of by any person in the settlement, and being unluckily explained by Harris as meaning 'a man that knows every thing,' any further attempt to quiet anxiety was useless.
As this small settlement has seldom been visited by strangers, I will describe its primitive state. In the midst of a level country, watered by several brooks, and much of it thickly covered with a kind of trefoil, stands a mud-walled erection, dignified with the sounding appellation of 'La fortaleza protectora Argentina.' It is a polygon, 282 yards in diameter, having about twenty-four sides, and surrounded by a narrow ditch. In some places the walls are almost twenty feet high, but in others I was reminded of the brothers' quarrel at the building of ancient Rome, for there is a mere ditch, over which a man could jump. It is, however, said by the gauchos, that a ditch six feet wide will stop a mounted Indian, and that their houses require no further defence from attacks of the aborigines. How, or why it is that such excellent horsemen do not teach their horses to leap, I cannot understand.
Within, and outside the fort, were huts (ranchos) and a few small houses:—more were not required for the inhabitants, who, including the garrison, only amounted to four hundred souls. Some half-dozen brass guns were in a serviceable condition; and two or three other pieces occupied old carriages, but did not seem to be trustworthy.
The fort was commenced in April 1828, by a French engineer, named Parchappe. The first commandant was Estomba: his successor, Morel, was killed, with ninety followers, by a party of Indians under Chenil, in 1829. Valle and Rojas succeeded, and the latter was followed by Rodriguez. Placed in the first instance as an advanced post, at which to watch and check the Indians, rather than as a colony likely to increase rapidly, Argentina has scarcely made any progress since its establishment, though it is the beginning of what may hereafter be a considerable place. Situated favourably for communicating with Concepcion—by way of the pass through the Cordillera, near Tucapel—it is also the only port, between 25° S. and Cape Horn, capable of receiving in security any number of the largest ships.
There is pasture for cattle near the streams which descend from the 'Sierra Ventana:' large salinas (spaces covered with salt) lie within an easy distance of the settlement: of brushwood for fuel there is plenty, though there are no large trees: and report says that there are valuable minerals, including coal and iron,(*) in the Ventana mountain.
The most serious objection to the locality, as an agricultural, or even as a mere grazing district, is the want of rain. Two or three years sometimes pass without more than a slight shower; and during summer the heat is great. In winter, there are sharp frosts, sometimes snow; but neither ice nor snow ever lasts through the day.
Good fresh water may be generally obtained, independent of the few running streams, by digging wells between four and ten feet deep: and in this way we found no difficulty in obtaining an ample supply.

(*) I believe there is no good foundation for this report. Mr. Darwin's opinion is against the supposition.
Posted by Arborfield at 07:10