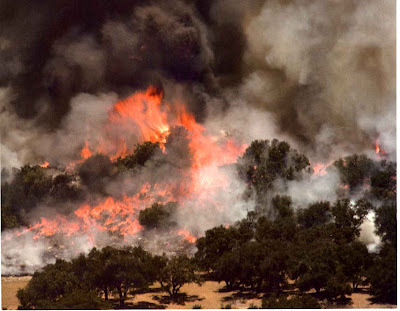 Chonos Archipelago
We again embarked in the Peragua & crossed the lake: & then took to our horses. The whole of Chiloe took advantage of this week of unusually fine weather to clear the ground by burning: in every direction volumes of smoke were curling upwards: although the inhabitants were so assiduous in setting fire to every part of the wood, I did not see a single one which they had succeeded in making extensive. We dined with our friend the Commandante & did not reach Castro till after dark. I cannot give a better idea of the poverty of Castro, than the fact that we had great difficulty to buy a pound of sugar; & a knife which we wanted was quite out of the question. Don Pedro gave as a reason for this; that there being no money, goods could only be taken in exchange, so that a trader must at the same time be a merchant. A man wanting to buy a bottle of wine, carrys on his back an Alerce board!
Posted by Arborfield at 08:13