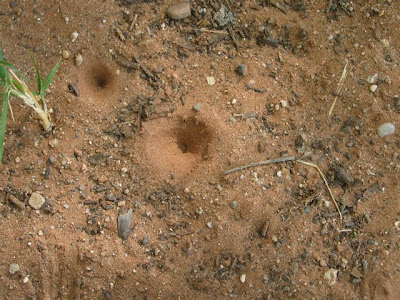 New South Wales
Early on the next morning Mr Archer, the joint superintendent, had the kindness to take me out Kangaroo hunting. We continued riding the greater part of the day; but had very bad sport, not seeing a Kangaroo or even a wild dog. — The Grey-hounds pursued a Kangaroo Rat into a hollow tree out of which we dragged it: it is an animal as big as a rabbit, but with the figure of a Kangaroo. A few years since this country abounded with wild animals; now the Emu is banished to a long distance & the Kangaroo is become scarce; to both the English Greyhound is utterly destructive; it may be long before these animals are altogether exterminated, but their doom is fixed. The Natives are always anxious to borrow the dogs from the farmhouses; their use, offal when an animal is killed, & milk from the cows, are the peace offerings of the Settlers, who push further & further inland. — The thoughtless Aboriginal, blinded by these trifling advantages, is delighted at the approach of the White Man, who seems predestined to inherit the country of his children.

Although having bad sport, we enjoyed a pleasant ride; The woodland is generally so open that a person on horseback can gallop through it; it is traversed by a few flat bottomed valleys, which are green & free from trees; in such spots the scenery was like that of a Park & pretty. — In the whole country I scarcely saw a place without the marks of fire; whether these had been more or less recent, whether the stumps were more or less black, was the greatest change which varied the monotony so wearisome to the traveller's eye. In these woods there are not many birds; I saw, however, some large flocks of the white Cockatoo feeding in a Corn field; & a few most beautiful parrots; crows, like our jackdaws, were not uncommon & another bird something like the magpie. The English have not been very particular in giving names to the productions of Australia; trees of one family (Casuarina) are called Oaks, for no one reason that I can discover without it is that there is no one point of resemblance; animals are called tigers & hyenas, simply because they are Carnivorous, & so on in many other cases. In the dusk of the evening I took a stroll along a chain of ponds, which in this dry country represent the course of a river, & had the good fortune to see several of the famous Platypus or Ornithorhyncus paradoxicus. They were diving & playing about the surface of the water; but showed very little of their bodies, so that they might easily have been mistaken for many water rats. Mr Browne shot one; certainly it is a most extraordinary animal; the stuffed specimens do not give at all a good idea of the recent appearance of the head & beak; the latter becoming hard & contracted.

A little time before this, I had been lying on a sunny bank & was reflecting on the strange character of the Animals of this country as compared to the rest of the World. An unbeliever in everything beyond his own reason, might exclaim "Surely two distinct Creators must have been [at] work; their object however has beer the same & certainly the end in each case is complete". — Whilst thus thinking, I observed the conical pitfall of a Lion-Ant: — A fly fell in & immediately disappeared; then came a large but unwary Ant; his struggles to escape being very violent, the little jets of sand were promptly directed against him. His fate however was better than that of the poor fly's: — Without a doubt this predacious Larva belongs to the same genus, but to a different species from the Europæan one. — Now what would the Disbeliever say to this? Would any two workmen ever hit on so beautiful, so simple & yet so artificial a contrivance? It cannot be thought so. — The one hand has surely worked throughout the universe. A Geologist perhaps would suggest, that the periods of Creation have been distinct & remote the one from the other; that the Creator rested in his labor.
Posted by Arborfield at 08:03