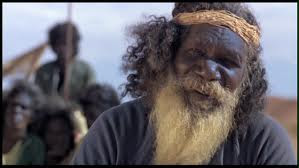 Sydney, New South Wales
With respect to the state of the convicts, I had still fewer opportunities of judging than on the other points. The first question is whether their state is at all one of punishment; no one will maintain that it is a very severe one. But this, I suppose, is of little consequence as long as it continues to be an object of dread to Criminals at home. The corporeal wants of the convicts are tolerably well supplied; their prospect of future liberty & comfort is not distant & on good conduct certain. A "ticket of leave", which makes a man, as long as he keeps clear of suspicion as well as crime, free within a certain district, is given upon good conduct after years proportional to the length of the sentence: for life, eight years is the time of probation; for seven years, four, &c. Yet, with all this, & overlooking the previous imprisonment & wretched passage out, I believe the years of assignment are passed with discontent & unhappiness: as an intelligent man remarked to me, they know no pleasure beyond sensuality, and in this they are not gratified. The enormous bribe which government possesses in offering free pardons, & the deep horror of the secluded penal settlements, destroy confidence between the convicts & so prevents crime. As to a sense of shame, such a feeling does not appear to be known; of this I witnessed some singular proofs. It is a curious fact, but I was universally told that the character of the convict population is that of arrant cowardice, although not unfrequently some become desperate & quite indifferent of their lives, yet that a plan requiring cool or continued courage was seldom put into execution. The worse feature in the whole case is, that although there exists what may be called a legal reform, or that very little which the law can touch is committed, yet that any moral reform should take place appears to be quite out of the question. I was assured by well informed people that a man who should try to improve could not, while living with the other assigned servants; his life would be one of intolerable misery & persecution. Nor must the contamination of the Convict ships & prisons both here & in England be forgotten. On the whole, as a place of punishment, its object is scarcely gained; as a real system of reform, it has failed as perhaps would every other plan.

Syms Covington Journal
Here the country is complete forest, with, as is well known, some of the most beautiful birds in the world; a the kangaroo, kangaroo rat, opossum, wolwar (great many), very large venomous snakes, and a most curious lizard: half snake, half lizard, about six inches long, and very easy to be caught on the mountains. I went into a museum while here.

There are but few natives in or about town; The chiefs wear a brass plate suspended to a chain round the neck to denote what tribe they belong to. Here a stranger must take care with whom he associates, as the place consists principally of convicts, or the most notorious characters of England; and a place I must say I was heartily happy to leave. Paramatta, the town or village where the female convicts are kept, about eighteen or nineteen miles from Sydney.
Posted by Arborfield at 08:21