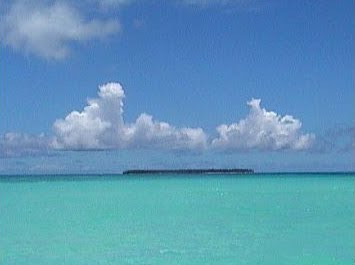 Darwin Beagle Diary
I was employed all the day in examining the very interesting yet simple structure & origin of these islands. The water being unusually smooth, I waded in as far as the living mounds of coral on which the swell of the open sea breaks. In some of the gullies & hollows, there were beautiful green & other colored fishes, & the forms & tints of many of the Zoophites were admirable. It is excusable to grow enthusiastic over the infinite numbers of organic beings with which the sea of the tropics, so prodigal of life, teems; yet I must confess I think those Naturalists who have described in well known words the submarine grottoes, decked with a thousand beauties, have indulged in rather exuberant language.
Captain Fitzroy’s Journal
By some strange misconception, not intentional act of injustice, Mr. Ross had refused to give Hare's slaves their freedom, for fear that the executors of that man should demand their value from him; but he paid them each two rupees a week, in goods (at his own valuation), provided that they worked for him, both men and women, as he thought proper. Mr. Leisk told me this, and said that "many of the Malays were very discontented, and wanted to leave the island." "No wonder," thought I, "for they are still slaves, and only less ill used than they were by the man who purchased them."
These Malays were allowed to rear poultry, which they sometimes sold to shipping. They were also allowed to have the produce of a certain number of cocoa-nut trees, and might catch fish and turtle for their own use; but the sale of turtle to shipping, when they touched there, and the immense crops of cocoa-nuts which are produced annually on all the islets of the group were monopolized by Mr. Ross for his sole advantage. One daily task imposed upon the Malay women was to "husk" a hundred nuts, collected for them by the men, who extract a gallon of oil from every ten.
Another kind of oil, said to be very good, is derived from the fat tail of a large land-crab, which feeds on cocoa-nuts. About a pint and a half may be obtained from one crab. The manner in which these creatures—nearly the size of a large cray-fish—tap the nuts in order to get at their contents is curious. Numbers of windfall nuts, in a comparatively soft state, are always to be found lying about under the trees: a crab seizes one of these, and pegs away at the eyes (each nut has three eyes) with one of its claws, that is long and sharp, purposely, it would seem, until it opens a hole, through which the crab extracts the juice, and some of the solid part.
Syms Covington Journal
A lake (lagoon) IS on the largest island. In the small lagoons or pools on reefs are immense numbers of small fish of different species, and of the most brilliant colours and shapes I ever saw or fancy could paint. Here are great numbers A green fish, THE coral eater. Here also are land crabs, very curious and very strong in claws. THEY are eaten by the inhabitants. Here, I should suppose is one of the largest shells in the world, sort of clam shell, WHICH would take a very strong man to lift one with the animal in. The largest is about nine feet long. Different sorts OF SHELL AS WELL, leopard shells, etc. Great quantities of bêche-de-mer, WHICH is like A large, black English slug only about ten times the size, are dried here for the Indies.
Posted by Arborfield at 18:08