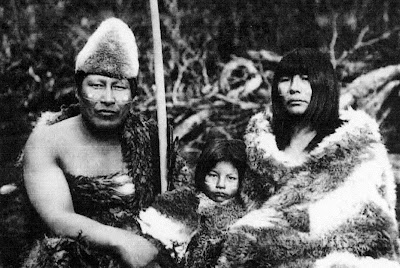 Rio Negro
Some months ago the government of B: Ayres sent out an army, under the command of General Rosas to exterminate the Indians. They are now encamped on the Rio Colorado, in consequence the country is now very tolerably safe from Indians. The only danger is meeting with a few stragglers; but a week since a man lost his whole troop of mares but it was on the Southern shore of the river. As the Beagle intended to touch at Bahia Bianca, I determined to pass over land to that place.

I made arrangements with a guide for a troop of horses, & Mr Harris (of the little Schooner) who was going to take a passage to Buenos Ayres in the Beagle, agreed to accompany me.
Posted by Arborfield at 20:56