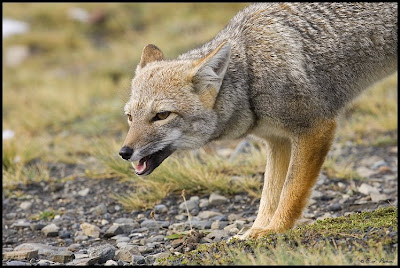 Sierra de la Ventana
We all sallied forth to hunt; we had no success. — there were however some animated chaces & good attempts to ball various animals. The plain here abounds with three sorts of partridges; two, very large, like hen-pheasants. Their destroyer, a small pretty Fox, is also singularly numerous; we could not in the course of the day have seen less [than] 40 or 50 of these animals. They were generally near their holes; but the dogs killed one. Two of our party had separated themselves from us; on our return we found they had been rather more successful, having killed a Lion & found an Ostriches nest with 16 eggs. These latter afforded us an excellent supper.
Posted by Arborfield at 08:27