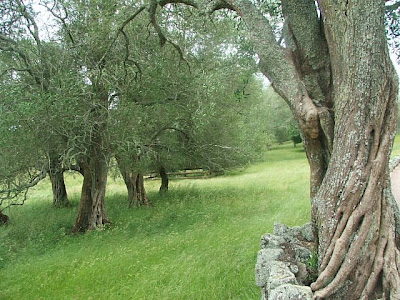 Buenos Ayres
In two more Postas reached the city; was much delayed on the road from the rain of yesterday the day before. Buenos Ayres looked quite pretty; with its Agave hedges, its groves of Olives, peaches & Willows, all just throwing out their fresh green leaves. I rode to the house of Mr Lumb, an English merchant, who gave me a most hospitable reception; & I soon enjoyed all the comforts of an English house.
.
Captain Fitzroy’s Journal:
On the 18th we weighed, hearing that H.M.S. Snake had brought stores and letters for us, and was at Maldonado, but had hardly lost sight of the town, when the Snake hove in sight. Knowing her to be one of the new build, I altered course, to sail a few miles with her, and see how much she would beat us; but, to my surprize, she gained on us but little while running free with a fresh breeze, just carrying top-mast studding-sails; and I was afterwards told by her officers, that though she sailed uncommonly well on a wind, and worked to windward wonderfully, she did nothing remarkable with a flowing sheet. I did not like her upper works; they 'tumbled home' too much (like some old French corvettes); narrowing her upper deck, giving less spread to the rigging, and offering a bad form to the stroke of a heavy sea, whether when plunging her bow into it, or receiving it abeam. However good such a form may be for large ships, which carry two or three tier of guns, I cannot think it advantageous for flush-decked vessels or small frigates, and am quite certain that it is bad for boats. I here allude particularly to that 'tumbling home' of the upper works, which some persons approved of a few years ago. This is not the place, however, for a discussion upon naval architecture (even if I were qualified to deal with the subject, which assuredly I am not); but I cannot pass over an opportunity of adding my mite of praise to the genius and moral courage of Sir William Symonds and Captain Hayes, who, undeterred by opposition, and difficulties of every description, have succeeded in infusing (if the metaphor may be allowed) so large a portion of Arab blood into the somewhat heavy, though stalwart coursers of our native breed. Amidst the natural contention of eager candidates for an honourable position, to which they have been accustomed to aspire, and for which some are doubtless admirably qualified, it is not surprising that due credit has not always been given to that originality and justifiable daring, of which the merits are attested by the Vanguard and Inconstant. Neither has it always been recollected, however men may have differed in their opinions of this or that individual, as a naval architect, that the two best ships built of late years were constructed by naval officers, self-educated chiefly during the practice of their profession. I am quite aware, that some of those eminent architects who have constructed good ships since 1810 — Sir Robert Seppings, Professor Inman, Mr. Roberts, and Mr. Fincham, were very much restricted as to dimensions allowed with respect to guns to be carried; and that, therefore, no one can pretend to say what degree of excellence the ships might have attained, had their architects been unshackled; but taking things as they are—not as they might have been—to Symonds and Hayes (if not chiefly to the former) belongs the merit of having improved our navy materially. We are so apt to forget, during the heat of controversy, that even an approach to perfection is unattainable, and the utmost any one can hope for is to have fewer faults than his rivals—that we should not hastily condemn, in any case, only because we can detect deficiencies or errors.
.
Many persons have remarked, that notwithstanding all the competition, all the trials of sailing, and all the reported improvements, which have taken place since the peace, our fastest ships have not excelled some of those built by France, England, or other countries, during the war. My own knowledge of those ships is only derived from the descriptions of persons who sailed in or chased them: but the conclusion I am led to draw from their accounts is that, with few exceptions,* those ships were very slightly built, often of unseasoned timber, and that their rapid rate of sailing only lasted so long as their frames would yield to the fluid, and were not water-sodden. Recently launched, light, and elastic, confined by few beams, knees, or riders, held together by trunnions more than by metal, and intended only to sail swiftly—for a short existence—those greyhound vessels were as different in their construction from the solid, heavy, durable ships of this day, as a light, active youth is from a well-set man trained to labour.
* The Malta (Guillaume Tell), Norge, and a few others, were splendid exceptions, but even in the construction of those ships far less iron and copper were used than is now customary in vessels of their class. By substituting so much metal in place of wood, for knees, braces, and bolts, solidity, strength, and capacity are acquired in modern ships at the expense, in most instances, of elasticity, and swift sailing.
Posted by Arborfield at 09:00